Graduate student Grace Locke moves from the Midwest to New York City to complete her Masters degree in Criminology. She longs to one day be a college professor. It is a field that is dominated by men. She is worried about succeeding in such an atmosphere. Past sexual relationships have caused her to feel intimidated. Her experiences with college men have left her jaded and unsatisfied. She gives herself a challenge. Time to toughen up or she won’t make it in a career she yearns for. She decides to surround herself with alpha males so that she can practice becoming what she sees as a strong confident woman. She finds power and defiance in her new attitude……..until Vinnie.

When Grace takes a part time secretarial job at a private investigator office, she assumes it will be interesting to watch how the cases unfold. It is close to her campus apartment and gives her the extra cash she needs as a struggling college student. Even more perfect is that the office is surrounded by street wise hardened males. Now, she can get the needed practice at increasing her confidence among men. She wasn’t prepared for Vinnie Lewis. A former hit man who decides to go straight, he is the ultimate “bad boy”. After growing up with a prostitute mother on the streets of New York City, he has no patience for nice girls like Grace. He is difficult to work with. She finds him just plain scary with his six foot four frame, bulging biceps, and a scar from a former knife fight that goes across his right ear to his chin. She shakes in his presence but then ……. is shocked when she can’t stop thinking of him.

I LOVE those big strong alpha male , teddy bear of a guy stories!

And Vinnie, wow - can't get any bigger or stronger than him :D

Vinnie has had a troubled past - his own mother ruined him for having any chance at love or happiness. In fact, he despised women so much, he wouldn't even let their whole bodies get close to him, just their mouth.

Grace's world is going crazy. She has 3 BFFs' and they all look after each other. The only problem is they're real lives are going in separate directions.

On their last night together as a whole group, they realize after reading a passage in Eve's mother's romance book, none of them have ever experienced an orgasm. So they decided that's what's missing in their lives.

So Dee makes a pack. by the end of the year, they'll all have their first "O" with a guy who is older and wiser.

Grace and Eve are a little shy about this. Sure they want to get the full experience, but is finding some random guy going to do it for them??
At the airport, when Eve is leaving, They both decided to swear off sex.

Grace heads to New York City to start her Graduate School. Upon her first day in the big city, she finds her dream job. Well not really a dream job.

Standing outside a Private Investigators building staring at a "Secretary for hire" sign - She didn't want to be a secretary. But all the other jobs in her criminal minds fields were taken.

That's when Jamie pops out of the office and practically drags Grace into the building. Announcing to Anthony that he found their girl. Anthony is one of the two owners of the A&V PI business. Their business is taking off and is going strong.


These guys have no order what-so-ever. So they get Grace to agree to bing an Office Manager and take her on as part of their family.

Jamie and Grace become instant BFF's - Jamie is awesome! I love him to death, and his partner Luke is a sweetheart :)

Then there is Jamal and his girlfriend Ivy. Jamal is the clown. He loves to make people laugh.

Then that leaves us with Vinnie *sigh*

Vinnie and Anthony grew up together, kind of in a mob type situation. Vinnie was always the muscles. The Enforcer, The guy that gets things done.

And when he sees strange men hitting on Grace, his over-protectiveness gets the best of him every time.

Grace is intimidated by Vinnie, and nervous around him. But there is something about him that leaves her thinking about him more often and in better ways than she should.

Breaking through Vinnie's shell is tough. But caving into her desires is even harder.

Cute story ! I'm really glad I got the chance to read this :)

Looking forward to "Funny girl" Coming out this winter and "Smart Girl" Coming out in Feb 2014
Both Janie's and Dee's stories look really good :) You get a little sneak peek at the end :D


This was a very cute story about a group of friends who make a pack to see who can have their first orgasm. What starts out as finding the big "O" leads one of the girls to find something so much more fulfilling.

Grace is known as the "nice girl". She doesnt want that image to define her and with a little workout and a new look she sets herself on her new path. What she doesnt realize though is that regardless of how much weight you lose or what you wear its what's inside that makes you who you are.
I really didnt like the fact that Grace seemed almost vain when it came to her looks. Every morning we were given what she wore and how much she weighed.
A scene towards the end kinda bothered me. Grace say "big" girl like its a horrible thing and to me it made her seem very superficial. Weight loss shouldnt define who you are but she allows it to make her who she is.

Besides the weight things that was going on, Grace made really great friends. These people she saw daily became like family to her. I think the side characters made the story. Jamie and Luke, those two were so cute together and Jamal, even though Ivy his fiance had him whipped he didnt care and made him more of a man to admit this. And Anthony, he crude and is way vulgar but he's super sweet to Grace and Vinnie, yeah he's the super sexy brooding type.

This series moves on with Grace's girlfriends, Eve, Dee and Janie. Hopefully these other 3 arent too worried about their weight so much.

Side note: I really believe that this author needs to find an editor. I usually dont care about spelling, I tend to get the gist of it but there were words missing and or misspelled to say a different word. 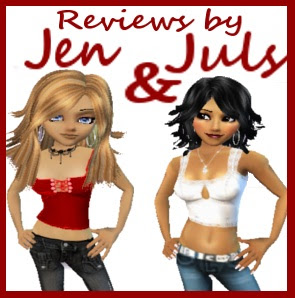